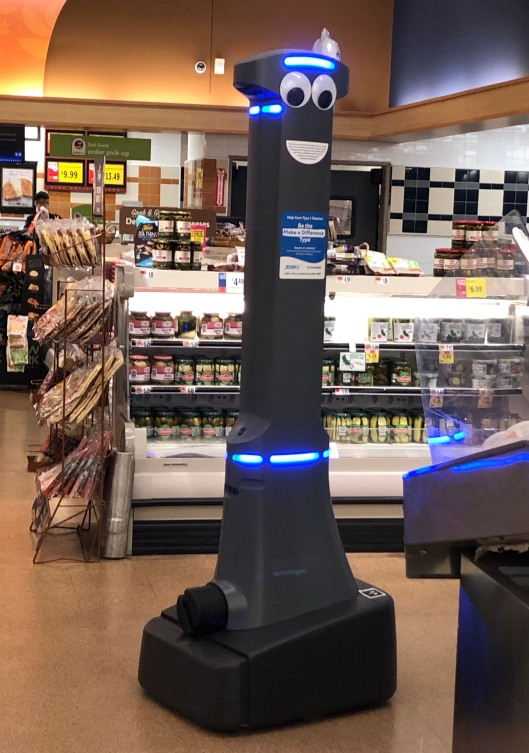 In the wake of a lukewarm response to his naming Richard Grenell as acting intelligence chief—with some citing Grenell’s unconvincing performance ability: “He’s no Clark Gable,” opined Mitch McConnell—President Trump today chose Marty the Supermarket-Cleaning Robot to permanently fill the post of Director of National Intelligence.

During the announcement, made at a New England grocery chain, Trump noted Marty’s loyalty and superior communications skills, stating, “Marty’ll say whatever we give him to say. He knows when to talk and when to just lurk around creepily. Enemies never know where he’s going to show up next. He’s very effective. Sure, right now, he can only say two sentences. But he says them good,” Trump went on. “He never slurs…although my supporters love that when I do it, whether it’s what I’m saying or how I’m saying it. Marty, though—ya gotta love that guy—he talks very clearly. And loudly. He makes his presence known.”

“See?” Trump crowed. “He knows how to clean house.”

Marty, known throughout the northeast United States as an unflagging worker and admired for his ability to operate not only on both sides of the aisle but in every aisle, was characteristically stoic when asked for a statement. Keeping his large googly eyes focused on the days ahead and his paper smile firmly pasted on, Marty glided past reporters without comment.

Trump’s allies in Congress were quick to praise his choice. “Marty’s very good with dirt,” boasted Lindsay Graham. “He can find it. He can get rid of it. Two very important qualities the president values. He will be an asset to the department for sure. Especially going into the election,” Graham added.

Representative Jim Jordan (R-Ohio) was equally enthusiastic. “I’ve never seen anyone more attuned to danger than Marty. No matter whether the menace is a small leaf of parsley underfoot, a wayward shopping list, or a person blocking the way while deciding between lemon merengue or raspberry yogurt, Marty spies it and sounds the alarm,” Jordan said. 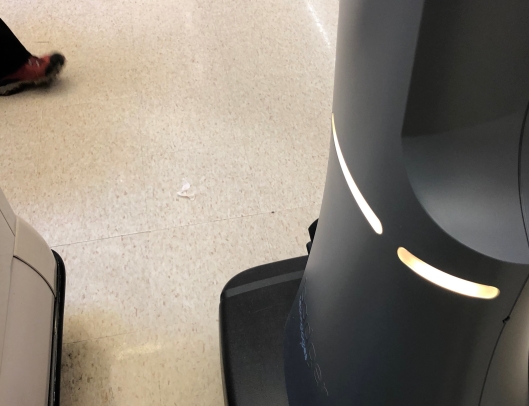 Jordan nodded in appreciation. “If Marty can alert us to those kinds of risks, he can certainly root out threats to Trump’s vision anywhere. And I like that he’s confident in his body and never wears a jacket.”

In an interview late yesterday, Senator Roy Blunt (R-Mo.) a member of the Senate Intelligence Committee and GOP leadership echoed these sentiments. “If you’ve spent some time in a grocery store, you have a lot of exposure to international tastes, employee meetings, and other things and he’s a very smart, capable guy. President Trump is very comfortable with his choice. He knows he can rely on a bot.”