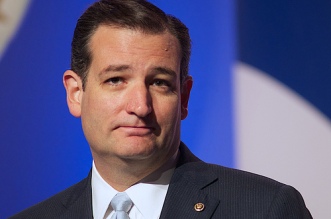 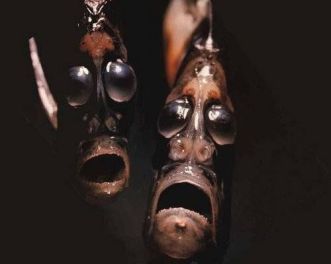 Yesterday it was announced that Jenna Coleman is leaving Doctor Who. Jenna has been the Doctor’s steady companion, Clara, through his regeneration from Matt Smith to Peter Capaldi, from young to old, from eccentric to grumpy. In her normal life when she not traveling in the TARDIS, Clara has been a nanny, a school teacher, a girlfriend to Danny Pink, and a friend to many. But now Jenna’s off to play Queen Victoria in a eight-part drama series.

Jenna’s absence will leave a much coveted hole in the show’s cast. Who will be the next companion?? Below are five top contenders the producers and director should consider:

Chewbacca – Since his stunning self portrayal in the Star Wars epic series, Chewie has languished in Hollywood, receiving neither the respect nor the recognition he so justly deserves. The emotion he wrung out of unforgettable lines like brrwhhhaargh and grrrwaaaaaarggggh (Such joy! Such angst!), should long ago have placed him in the pantheon of Greats. Instead, he spends his off-grooming time traveling from ComicCon to ComicCon, selling himself for photo ops. And while Chewbacca will make a reappearance in The Force Awakens, isn’t it time he claim a more prominent role? Chewbacca is uniquely positioned to become the new companion. He has experience as Hans Solo’s sidekick, and  his “bigger on the outside” persona offers a nice counterpoint to the TARDIS’s “bigger on the inside” dimensions.

Con: shedding all over the Tardis

Olaf – What has become of Olaf? Sure his image graces waffle makers, sippy cups, toothbrushes, lunchboxes, beach towels, slippers, ice skates, T-shirts, costumes, backpacks, cereal, mugs, pretzels, phone cases…, but is the cutthroat world of retail really suited to such a sensitive, optimistic snowman? To package Olaf is  to melt him–and no one puts Olaf on a shelf. Olaf is a risk-taker! Olaf is ready to die for love! If these are not the qualities of a good companion, I don’t know what are. Rescue Olaf from the inhumanity of consumerism and cast him as the Doctor’s next companion.

Con: leaving puddles in the TARDIS.

Robby the Robot – A contemporary of both the first Doctor, William Hartnell, and the second, Patrick Troughton, Robby rolled on the scene in 1965 in TV’s Lost in Space. Despite his rather intimidating description as a Class M-3 Model B9 General Utility Non-Theorizing Environmental Control Robot, Robby is surprisingly human, poignantly capable of humor, melancholy, sarcasm, guitar playing, and singing. Keenly perceptive, Robby would be invaluable to alert the Doctor to peril with his flailing arms and warning words: “Danger! Danger! Will Robinson” (At last, the Doctor’s name is revealed!!). Other favorable traits include his familiarity with space travel, his prior experience working with doctors (Dr. John Robinson, Dr. Maureen Robinson) and his knack for thwarting a fierce nemesis (Dr. Zachary Smith).

Con: The singing? It wasn’t so hot.

Donald Trump – Because he has otherworldly hair, and there is apparently a law that every list, article, or show must include him.

Con: too many to mention.

A Dalek – In a world torn apart by strife, let’s restore hope by healing the rift between Time Lord and Dalek. Only by working together can these two mortal (immortal?) enemies bring peace to the universe (and if they could EX-TER-MIN-ATE ISIS in the process, so much the better).

Con: The competition to choose which color Dalek would represent the species could get ugly. Red? Blue? Heck, it’s starting to look a lot like the U.S. presidential campaign—just not as contentious.

Best of luck, Jenna. You’ll be hard to replace.